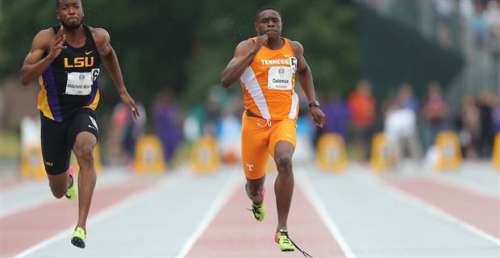 Christian Coleman of University of Tennessee produced exceptional performance by breaking 10 seconds in the 100m and 20 second barrier in the 200m on the final day at the SEC championships on May 13.

Other highlights at SEC champs:

Kayra Jefferson of Florida and Destiny Carter broke 23 seconds in the 200m final.  Jefferson  clocked 22.74 for the win while Carter ran 22.92 for to take second.

Quanesha Burks of Alabama jumped 6.82 to win the women's long jump, while Ja'Mari Ward of Missouri with 8.13m won the men's long jump.