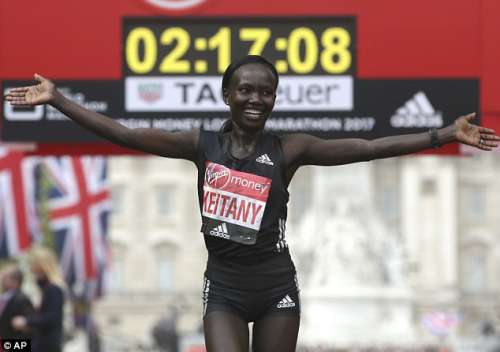 The 35-year-old Keitany broke the tape in London marathon in two hours 17 minutes one second shaving 41 seconds from the previous record.

Tirunesh Dibaba of Ethiopia moved herself to third place in all-time lists by taking second place in a massive personal best time of 2:17:56.

Paula Radcliffe still holds the women's world record of 2:15:25, she set at the London Marathon in 2003 when she ran against men and women.