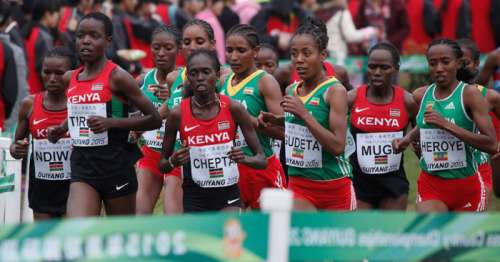 Kamwowor showed his talent as he came from 12 seconds down on the bell lap to overcome a courageous effort by Uganda’s Joshua Cheptegei.

Joshua Cheptegei had the lead for most of the race, however the drama came as he collapsed in the final lap, not far from the finish, but managed to stand up and with lots of difficulty crossed the line in 30th place.

"From the start of the race I was really focused. I knew there were a lot of Kenyans who traveled overnight and I didn't want to disappoint them." Kamworor told reporters after the race.

"We didn't think it was possible to get one through six but we cooperate as Kenyans." Cheptai added.

World 1500m champion, Asbel Kiprop, helped his team to win the mixed 4x2km relay. The mixed relay was held for the first time in history of World cross country championships.