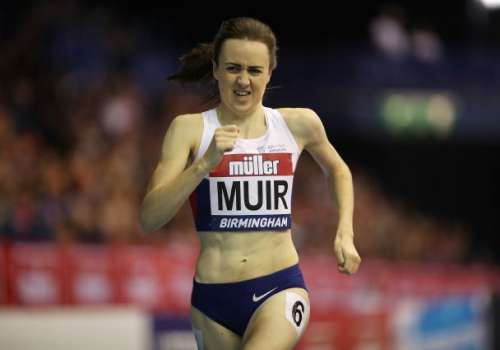 British runner Laura Muir, who last weekend in Belgrade won two European indoor golds wants to attempt 1500m and 5000m double and win at least one medal at the IAAF World Championships in London in August.

"We went for the double to see how the legs coped with a lot of rounds in a short period," Muir told the BBC Sports.

After successful European indoors Muir now plans to double at the upcoming world championships in London 2017.

"I'd love to get on the podium,

"That would be my first global-level medal." Muir added.

The world championships in London will take place on August 4-13.