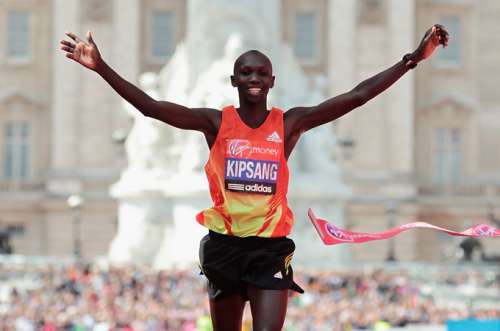 The former world record holder Kipsang, who clocked his lifetime best of 2:03.13 last year in Berlin, clocked a blistering 2:03.58 to win the first stage of the World Marathon Majors the Tokyo Marathon. Kipsang also posted the fastest marahon time ever recorded on Japanese soil.

The second place took another Kenyan Gideon Kipketer, who crossed the line in a massive personal best of 2:05:51 as the former course record holder and 2015 Chicago marathon winner Dickson Chumba claimed the third place in 2:06:25.

The winner in the women´s race was Kenya's Sarah Chepchirchir, who won the race in 2:19:47. Her winning time was a massive personal best and also all comers record. Ethiopia´s Birhane Dibaba came in second in 2:21:19, while Amane Gobena concluded the podium with a time of 2;23:09.