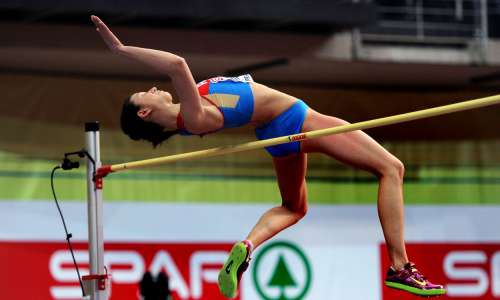 Kuchina, who took World Outdoor and European Indoor titles during the 2015 season, managed to clear 2.03m to set a new world lead and to win her another Russian Indoor title on Tuesday, in Russian capital.

The men´s Russian high jump title claimed the 2012 London Olympics champion Ivan Ukhov who cleared 2.32m. His mark is the best in Europe and third in the world this season.

Russian athletes will not be able to compete in the European Indoor Championships as they remain banned by the IAAF from international competition for wide spread state sponsored doping system in Russia.

The European Indoor Championships will be held in Serbian capital, 3 - 5 March.