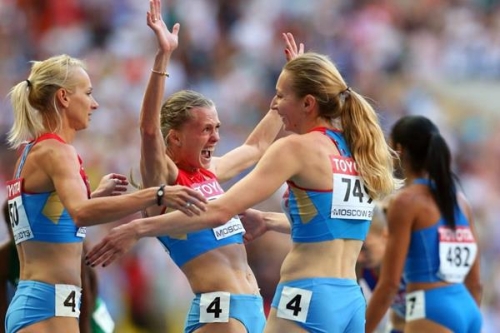 Last time the 29-year-old Krivoshapka competed was back in 2013 when she took bronze medal at the Moscow World championships.

Jamaican and Ukrainian teams will be promoted to silver and bronze respectively. The United States won the 2012 London Olympic 4x400m gold.

" There are likely to be more confirmed adverse analytical findings in the coming weeks and months as the reanalysis programme continues". The IOC said in its statement.