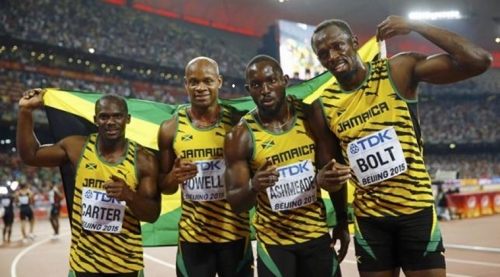 "The Jamaican team is disqualified from the men’s 4x100m relay event. The corresponding medals, medallist pins and diplomas are withdrawn and shall be returned," the IOC said in a statement on Wednesday

"It's heartbreaking (the positive test) because over the years you've worked hard to accumulate gold medals and work hard to be a champion... but it's just one of those things," Bolt had told Reuters.

"Things happen in life, so when it's confirmed or whatever, if I need to give back my gold medal I'd have to give it back, it's not a problem for me." he added.

The IOC also stripped Tatiana Lebedeva of her long jump and triple jump silver medals from the Beijing Games after she tested positive for a steroids.