• Kim Collins to Open Season in Jablonec this Saturday 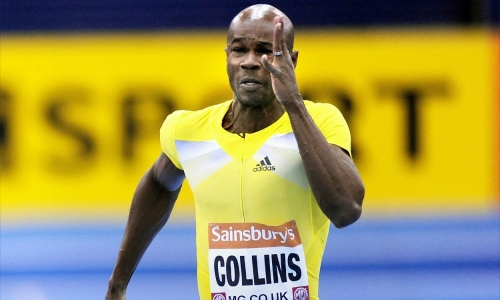 The 40-year-old sprint super star, Kim Collins, from Saint Kitts and Nevis will open his 2017 season on Saturday, January 28 at Jablonec Indoor Gala in Czech Republic.

Collins has turned over old beliefs that says that athlete can't be at his top speed passing age of 30.

During 2015 indoor season he went undefeated while he set his 60m personal best and world masters record of 6.47 at indoor meet in Lodz, Poland.

This Saturday Collins will have a chance to brake his own world masters indoor record of 6.47 seconds as he lines up against top Czech sprinters.

On April 5th Kim Collins will celebrate his 41st birthday.