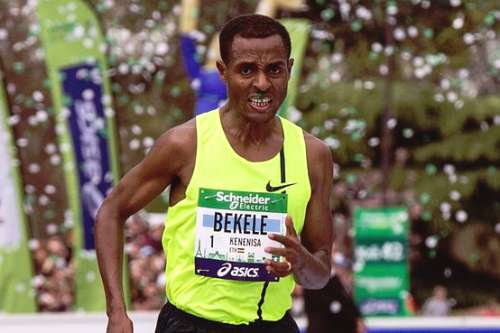 The 2017 Edition of Dubai Marathon will be streamed live on Watch Atheltics free on Friday, January 20 at 6:30am Dubai time, January 19 at 9:30pm US Eastern.

The winner will go home with a prize of $200,000USD making it the richest marathon in the world. A bonus of $250,000 will be paid to anyone who will brake the the current  world marathon record of 2 hours 2 minutes and 57 seconds by Kenya's Dennis Kimetto.

“The progression we have made is one we aim to maintain, which is why, in addition to the record prize-money, we are also offering the runners an incentive of a bonus should one of them break the current world record,” said meet director Peter Connerton.

The main star of this year's Dubai Marathon is legendary Kenenisa Bekele of Ethiopia, who is the world record holder in 5000m and 10000m, has won 3 Olympic gold medals and holds the second fastest marathon time in history.

Bekele believes that world record is possible as he feels that he is in better shape than last September when he won Berlin marathon in a personal record time of (2:03:06).

You can watch the race here on watchathletics.com. The stream is provided by eversports.tv.