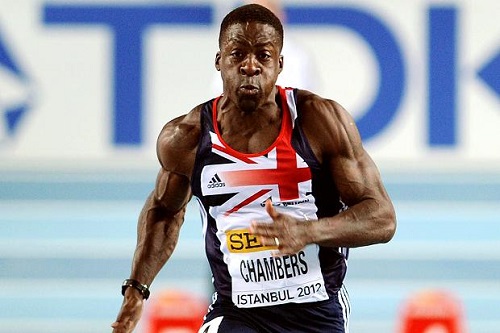 The 38-year-old Chambers won the men's 60m dash in a new world leading mark of 6.64 seconds at the New Years meet in Lee Valley Athletics Center  on Sunday, January 1.

Chambers is the 2010 world indoor champion over 60m dash and bronze medalist in 100m at the 2009 world outdoor championships in Seville.

The controversial sprinter due to his doping ban, was barred from the Olympics, Commonwealth Games, and much of the European racing circuit, from 2006 to 2012. The Court of Arbitration for Sport overturned his lifetime Olympic ban, deeming it non-compliant with the World Anti-Doping Code, and he competed in the 2012 London Olympics. He produced a ghost-written autobiography with writer Ken Scott, Race Against Me, in 2009.