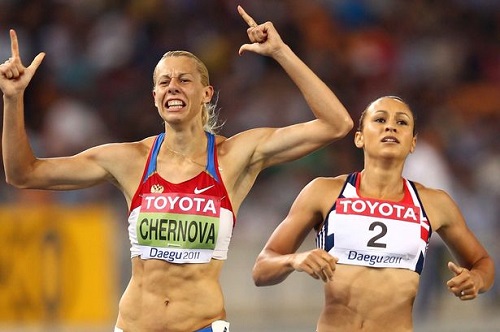 The 2011 World heptathlon champion Tatyana Chernova is among three Russian athletes banned by the Court of Arbitration for Sport (CAS) on Tuesday for cheating.

Chernova, who won Heptaghlon gold at the Daegu World Championship in 2011, received a three years and eight months ban for doping with all her results annulled over a two-year period from the 2011 world championships.

British heptathlete Jessica Ennis-Hill, who announced her retirement after Rio Olympics,  will get the 2011 world title.

"This image was forever imprinted in my mind! However much it drove me on for what I was about to achieve at my first Olympics in London, in my heart I just knew it was wrong," Ennis-Hill wrote on her instagram page.

Besides losing her 2011 world title Chernova has been also stripped of her 2012 Olympic bronze, with Lithuania's Austra Skujyte set to receive the bronze medal.

All three athletes were banned after "Athlete Biological Passports (ABP) showed evidence of blood doping," CAS said in a statement.