• IAAF Names Finalists for Athlete of the Year Award 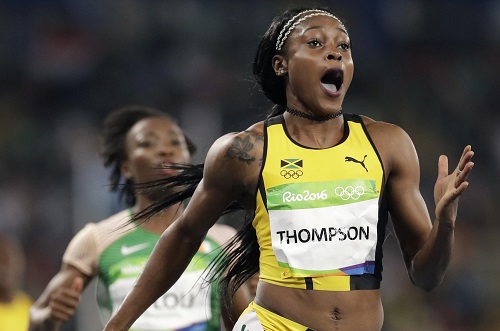 The track and field governing body (IAAF) announced finalists  for the 2016 IAAF World Athlete of the Year awards.

Among the finalists are world's fastest man and woman Usain Bolt and Alaine Thompson from Jamaica. In rio Olympics both sprinters claimed gold in 100m and 200m. Bolt also won the 4x100m gold while Thompson took 4x100m relay silver.

Other contender for the IAAF athlete of the year award is Great Britain's Mo Farah. In Rio Farah became only the 3rd man in history to successfully defend the 5000m and 10000m Olympic gold.

Poland's Anita Anita Wlodarczyk is also among the contenders for the IAAF (AOY) trophy. She won the hammer throw gold in Rio and later smashed her own world record.

In less than 30 days the World Athletes of the Year will be announced live on stage at the IAAF Athletics Awards 2016.