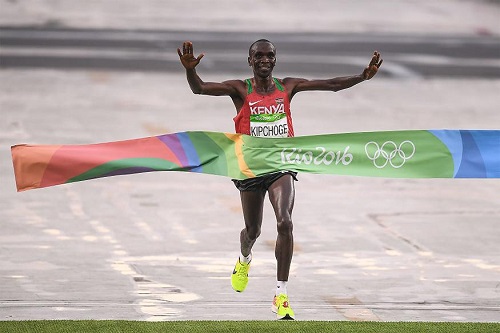 Olympic marathon champion Eliud Kipchoge will race the Delhi Half Marathon on November 20.

The 31-year-old Kipchoge proved himself to be one of the greatest marathon runners of all time after he claimed gold in Rio Olympics.

"It’s six years down the line since the Commonwealth Games were held in Delhi, where I got the silver medal in the 5000m," Kipchoge said. "I have great memories of my last visit to India and now I am ready to come back in a different capacity as a road racer." he added.

Winners in the men's and women's races in Delhi half marathon will receive US&27,000 prize.