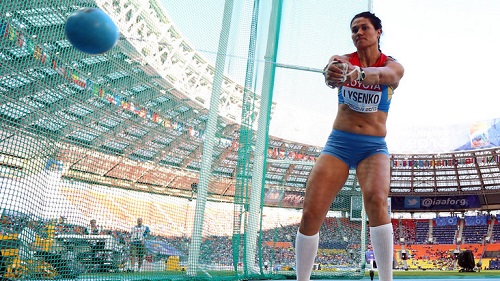 Russian hammer thrower Tatyana Lysenko has been stripped of her gold medal she won at the 2012 London Olympics.

The International Olympic Committee  (IOC) said on Tuesday that Lysenko tested positive for steroids in re-tests of her samples from the 2012 London Olympics.

"Re-analysis of Lysenko's samples from London 2012 resulted in a positive test for the prohibited substance dehydrochlormethyltestosterone (turinabol)," the IOC said.

Lysenko who now competes under the name of Beloborodova won world championships titles in 2011 in Daegu and in Moscow in 2013.

After Beloborodova (Lysenko) ban, Poland's world record holder and Rio Olympics champion Anita Wlodarczyk will be upgraded to gold.  Germany's Betty Heidler will receive silver while China's Zhang Wenxiu who finished just outside the podium will get bronze medal.