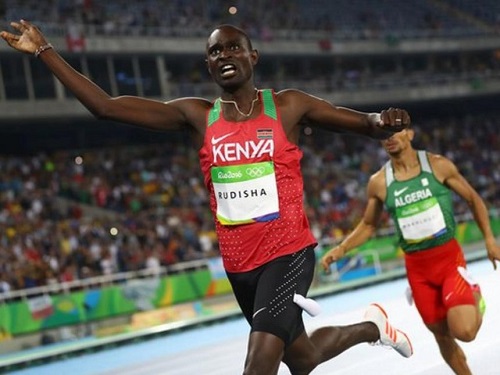 In his first race since winning his second Olympic gold in Rio, The 27-year-old Rudisha held of compatriot  Kipyegon Bett to win the 800 in 1:43.31. Kipyegon,  the 2016 World Junior Champion, shaved nearly one second from his lifetime best to finish second in 1:43.73. Poland's Adam Kszczot claimed third in 1:45. 01.

Rudisha's next race will be on September 8 when he takes on the 500m street race in Newcastle, Great Britain.

The women's 800m race as expected was by won the Rio Olympics champion Caster Semenya of South Africa. Semenya comfortably produced the second fastest time in the world this year of 1:55.68 and was almost 2 seconds ahead of Rio Olympics silver medalist Burundi's Francine Niyonsaba, who clocked 1:57.58. Kenya's 2013 world champion Eunice Sum took third place with a time of 1:57.95.