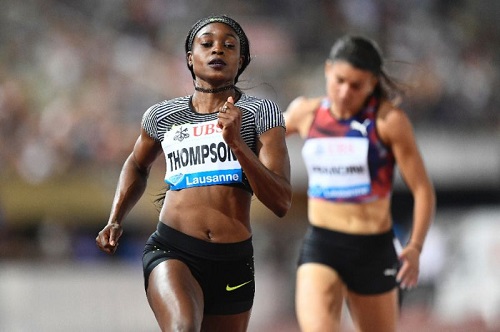 When sprinters entered the home stretch,  the Rio Olympics silver medalist, Dafne Schippers, had gained about 5m lead over Thompson. However, a newly crowned Olympic champion, Thompson, with a very strong run over the last 50m managed to beat Schippers into second by 0.07 seconds. Thompson's finishing time of  21.85 seconds was a new Diamond League record.

Meanwhile former world record holder Asafa Powell of Jamaica clocked 9.94 to win men's the 100m and to take a surprise win at the Diamond League race.

Before this race Powell had only six points, but the win in Zurich gave him another 20 points and a win in the Diamond Race.

South African record holder Akani Simbine finished in second with in 9.99 seconds and placed third in Diamond Race with 18 points as Ben Youssef Meite of Ivory Coast by finishing in third with same time as Simbine moved to second place in  Diamond Race rankings  with 24 points.