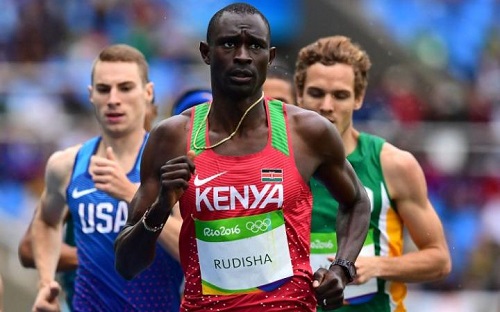 The 2-time Olympic and world champion Rudisha will take on the 500m distance in a street competition on September 10.  The 500m race will be the second competition for  Rudisha since he won Olympic 800m gold in August.

Rudhsa holds the fastest times this year in the world in the 600m of 1:13.10 and in the 800m of 1:42.15.  In New Castle the world record holder in 800m, Rudisha, will compete against some of the top British 400m runners, meanwhile other Olympic and world championships medalists will compete in other athletics events events. Full start lists will be posted soon.