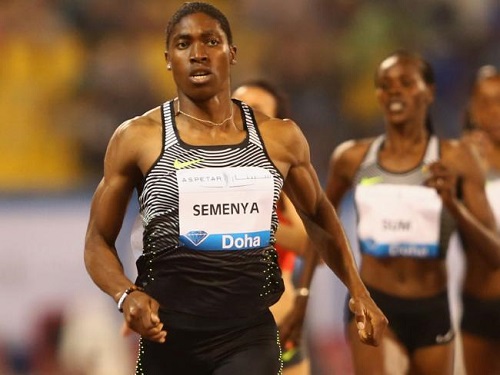 The South African will take on Rio Olympics silver medalist Francine Niyonsaba of Burundi. Semenya comfortably won the Rio Olympics women's 800m final in 1:55.28 and beat Niyonsaba by more than one second.

The ISTAF Berlin meeting organizers are hoping for Semenya to break the Berlin's Olympic Stadiums record of 1:54.99 which was set at the same meeting back in 2008 by Pamela Jelimo of Kenya.

In 2009 in the same stadium Semenya became the World Champion over 800m.

"We are delighted to have the two best athletes of the Olympics 800-meter final at the ISTAF here. Spectators can look forward to a very fast race - perhaps even a stadium and meet record." said meet director Martin Seeber.