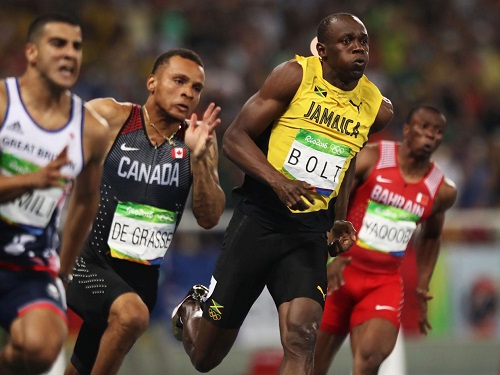 The fastest man on Earth, Usain Bolt, cemented his status as one of the greatest athletes of all time after he won the 200m Olympic gold in Rio and became the 8-time Olympic champion.

"What else can I do to prove I am the greatest? I'm trying to be one of the greatest, to be among Ali and Pele," Bolt told reporters after the finish.