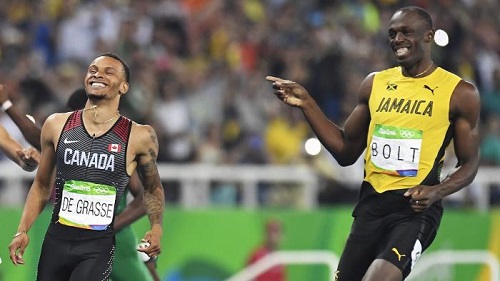 Justin Gatlin finished third in heat 3 with a time of 20.13 seconds and failed to to qualify for the final. In the same heat  the 2012 Olympic games silver medalist Yohan Blake of Jamaica also failed to make the 200m final as he finished in 6th place. Heat 3 was won Panama's Alonso Edwards, who clocked 20.07 seconds with Churandy Martina of Netherlands in seconds in 20.10 seconds.

Meanwhile heat 1 took USA's LaShawn Merritt,  the world leader in the event, with a time 19.78 seconds as France's Christophe Lemaitre was second in his season's best of 20.01 seconds.