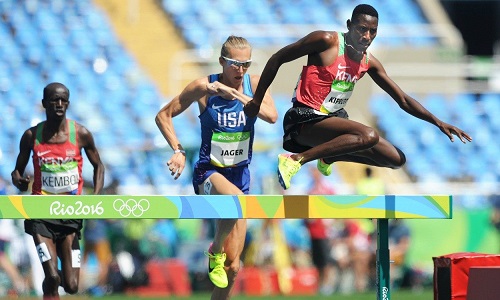 Kipruto won the Olympic gold in a new Olympic record of 8:03.28 beating American Evan Jager into second and defending champion the 34-year-old Ezekiel Kemboi in third.

Kenyans have dominated the 3000m steeplechase since 1984 Olympic games, while Jager became first American to win a medal in the event since Brian Diemer claimed bronze at the 1984 Los Angeles games.