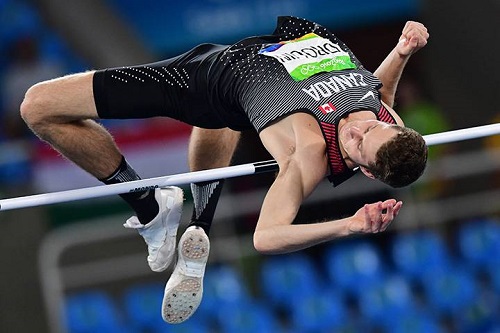 The 2-time World Champion, Drouin, produced one of his best performance in his career as he did not miss a single attempt on his way to win the men's high Olympic jump gold with a season's best mark of 2.38m.

Last time a Canadian won a gold medal in field event was back in 1932 at the Los Angeles Games when Duncan McNaughton took Olympic title in high jump.