• Bolt says he is in better shape than last year 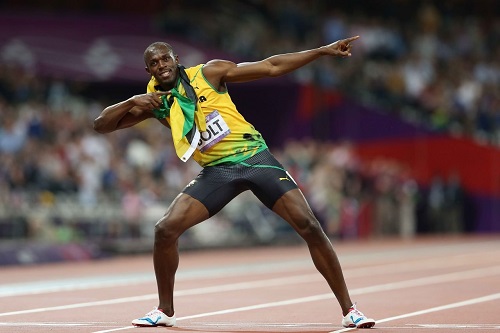 World fastest men, Usain Bolt, believes he is better shape than a year ago when he took 100m, 200m and 4x100m world tities in Beijing.

The 6-time Olympic champion, Bolt told Jamaica Gleaners on Thursday he is in now in shape of 9.6 seconds for the 100m.

“I’m feeling much more confident now. I’m much more comfortable with where I’m at. I never try to predict times, because you never know what will happen. But for me the shape I’m in, I’ll say I’m in much better shape, so I think 9.6sec definitely.” Bolt told.

There were fears that Bolt may not get ready for the Olympics after he suffered a minor hamstring injury while competing at the Jamaican championships a month ago. Two weeks later Bolt calmed down his fans after he clocked  19.89 seconds in the 200 at the Diamond League in London on July 22.

“We’ve been doing a lot of work since I’ve been here (in Rio), everything has been going well, I’ve been feeling great and I have no problem so I’m happy with the progress I’m making,” he said. “It was just rust for me, having not run the 200 in over a year pretty much, but now I’ve familiarised myself back with the work, and it’s just about going out there and executing.” he added.

Bolts first race in Rio will be on August 12 when he lines up in the 100m heats.