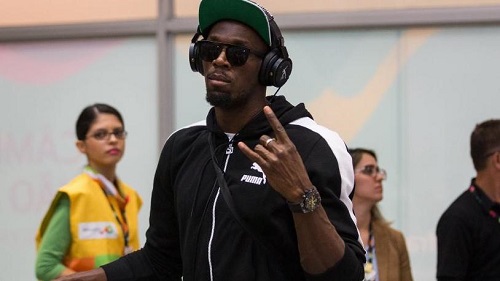 World's fastest man, Usain Bolt, has arrived in Rio more than two weeks before his first race the 100m heats.

Bolt, who landed in Rio on Wednesday afternoon will join Jamaican track and field team camp to continue his preparation for the 100m, 200m and 4x100m relay.

Having won six golds at previous two Olympics, Bolt's main aim at these Olympics is to defend his Olympics titles.

That was fast! @usainbolt has landed in Rio ⚡️#BeTheFastest #Rio2016 pic.twitter.com/3YjqLxDLsg