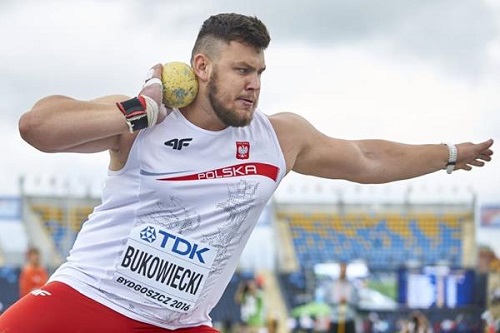 Poland's Konrad Bukowiecki in front of his home crowd broke the world junior shot put record and won gold medal at the opening day of the IAAF World Junior Championships in Bydgoszcz.