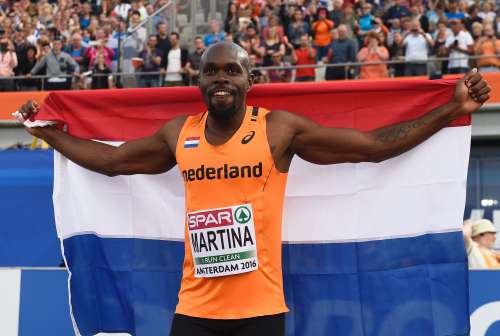 Running out in lane 8 Netherlands Churandy Martina failed to complet sprint double as he was disqualified for running on inside lane, meanwhile Great Britain's Martyn Rooney claimed the men's 400m gold on Day 3 at the  European Athletics Championships in Amsterdam.

Martina, who last night won 100m gold, today was disqualified after finishing first in the men's  200m as he ran more than three steps on his inside lane. Bruno Hortelano of Spain who finished behind Martina was announced the new European Champion while silver and bronze medals were awarded to Ramil Gulyiev of Turkey and Danny Talbot of Great Britain respectively.