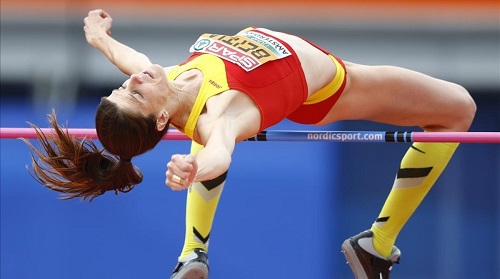 In the men's Javelin throw final, 24-year-old  Zigismunds Sirmais of Latvia, who set world Junior Record of 84.69m in 2011,  prevailed in the men's javelin final with a new personal best throw of 86.66m in round 5 over 2013 world champion Vitezslav Vesely of Czech republic who managed 83.59 in round 3 to take silver. Defending champion Antti Ruuskanen, who surprised with 88.23m throw in qualification rounds on Wednesday took bronze with a throw of 82.44m.