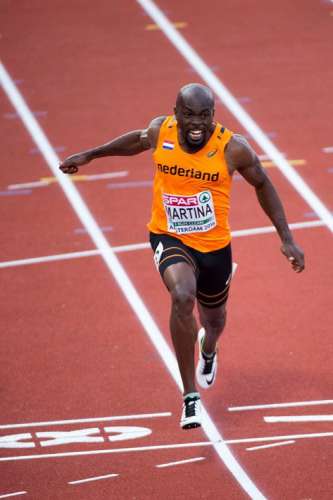 Martina Churandy  was a surprise winner in front of  his home crowd in the men's 100m final clocking season's best of 10.07 seconds. Pre race favourite Jimmy Vicaut of France, who last month clocked 9.86 seconds to equal European record, took bronze as he was edged by Turkish sprinter Jak Ali Harvey on the line.