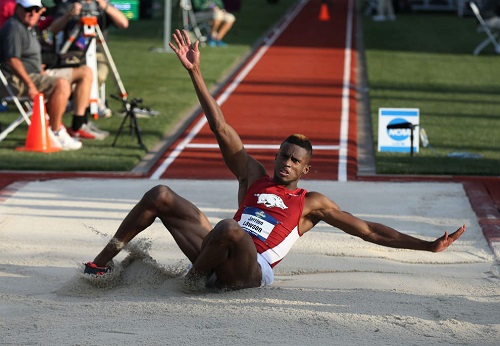 US Olympic Trials Eugene on Sunday men's long jump - Jarrion Lawson set a new world lead of 8.58m to take second place and to qualify for Rio Olympics, while Jeffrey Henderson took the with a wind aided 8.59m.

In the women's high jump, teenager Vashti Cunningham, the 2016 world indoor champion, cleared 1.97m to take second place and to punch her ticket to Rio Olympics.  US trials title took Chaunte Lowe, who set a new world lead of 2.01m with Inika McPherson in third with a mark of 1.93m.