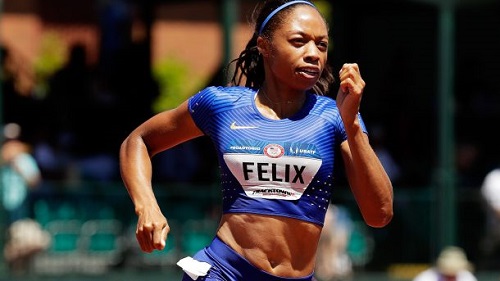 Olympic 200m champion Allyson Felix ran a blistering 49.68 seconds to win the women's 400m at the US Olympic Trials on Sunday in Eugene.

Felix, who suffered an ankle injury in April, powered to victory in a new world leading 49.68 seconds with Phyllis Francis and  Natasha Hastings in second and third respectively.

Felix, who is planning the 200m and 400m double,will rest now for 5 days before lining up in the women's 200m heats on Friday.

.@allysonfelix was LIGHTNING fast racing towards the finish line in the 400m tonight!