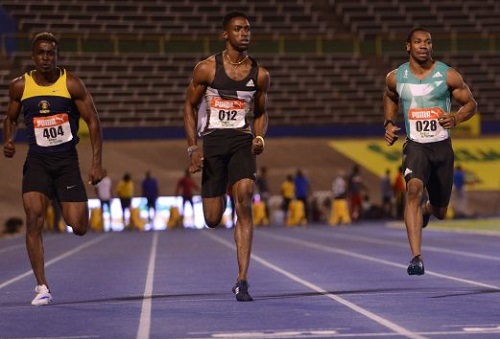 Yohan Blake stormed to a victory in the men's 100m final, meanwhile Usain Bolt was forced to withdraw from the 2016 Jamaican Olympic Trials on Friday night in Kingston, Jamaica.

The second fastest man in history Yohan Blake clocked 9.95 to win the Jamaican Championships with Nickel Ashmead in second in 9.96 seconds.

The-6-time Olympic Champion Usain Bolt who recovered from a very poor start to win his semi final in 10.04, withdrew from the final and the rest of the Jamaican Championships after he felt some pains in his hamstring. After the heats on Thursday, Bolt already complained about some pains in his right hamstring.

On Thursday, several athletes including Bolt complained about long delays in the qualifying rounds as they had to compete cold.