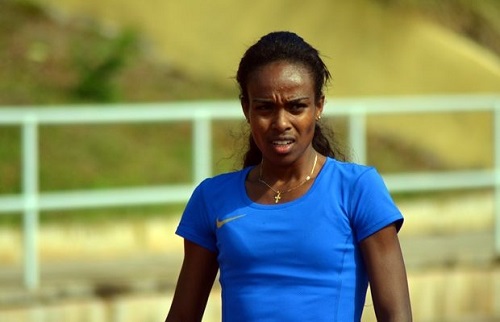 World record holder in 1500m, 3000m and 2-miles Genzebe Diababa failed to finish a 5000m race with an injury on Thursday, June 30 in a track meet in Barcelona.

Dibaba dropped out from the race at 3600m marker when she was passed by her compatriot  Letesenbet Gidey, who won the race in  14:45.63. Moments later medical assistance was given to her as she was removed from the track in a wheelchair.

Dibaba competed 10 days after her coach, Jama Aden, was arrested by Catalan police on suspicion of possessing EPO and other banned substances in Sabadell, Spain last Monday.