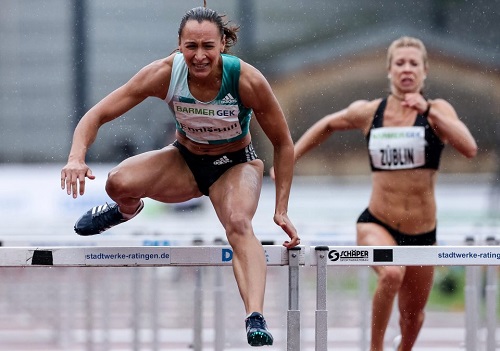 Olympic and world heptathlon champion Jessica Ennis-Hill with an impressive score of 6,733 points claimed the victory at the IAAF Combined Events Challenge in Ratingen, Germany.

Under the rainy conditions the British heptathlete not only managed to set a new world leading in heptathlon, but also set a personal best mark in the long jump of  6.63m.

After the conclusion of  javelin contest a massive rainstorm delayed the final event heptathlon event the 800m. Once the storm calmed down the 30-year-old Ennis-Hill returned to track to win the final event in heptathlon in 2:11.36. Her total score was 257 points better than second place finisher Caroline Schäfer of Germany.