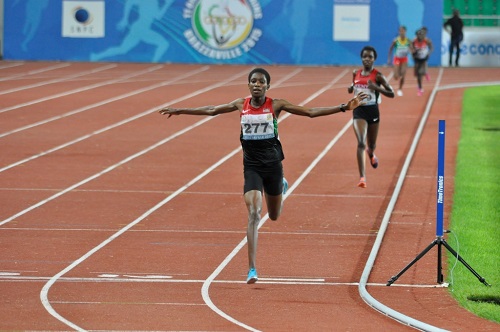 Durban, SA June 25 -  Kenyan runner Alice Aprot left a message to her opponents before Rio Olympics as she won the African Championships 10,000m title in a sensational 30:26.94.

Aprot in a very dominant performance won her first African Championships title and shaved off from her old personal best time almost 1 minute.

Not only Aprot set the fastest ever run on African soil, but also the world #1 in 2016. She will be also one the favorites to win the gold at Rio Olympics.

Other highlights on day 4 at African championships on Saturday include Sunette Viljoen's  (SA) 64.08m performance to win her 5th African title in the women's javelin.

Tosin Oke of Nigeria leaped 17.13m for the win in the men's triple jump contest.

The African championships in in Durban will conclude this afternoon.