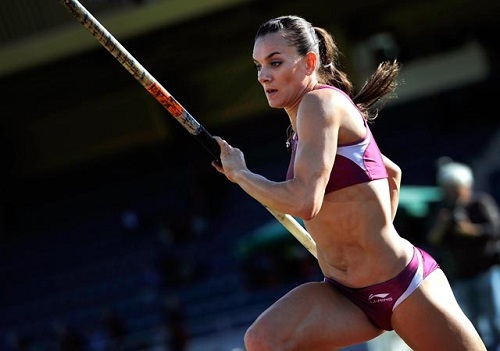 The 34-year-old Isinbayeva on her 3rd attempt managed to clear and set the top mark in the world this year of 4.90m for the win at the 2016 Russian Outdoor championships. Isinbayeva then attempted a new world record of 5.07m, however after failed to clear the height on her 1st try she called it a day. The second place in the women's pole vault with an outstanding results of 4.85m took Angelika Sidorova, meanwhile the podium concluded Olga Millina with a mark of 4.65m.

The Russian championships will continue on Wednesday and Thursday. More results and live stream info here.