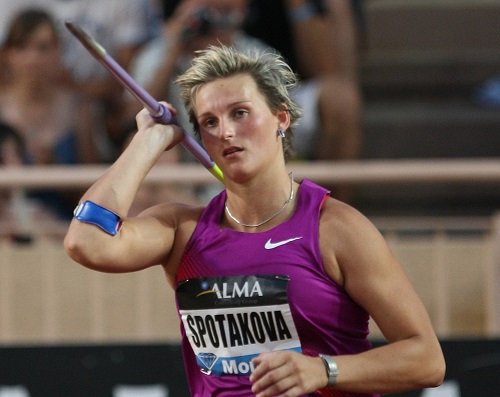 The two time Olympic champion and world record holder Barbara Spotakova set the top mark this year in the world in the women's javelin to win Czech  championships.

The 34-year-old Spotakova threw 66.87m in her opening round at the Czech championships to set her best mark since she won Olympic gold in London in 2012.