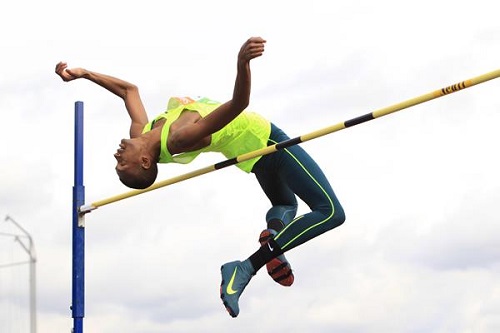 Barshim showed superb form in the meeting  in Opole on Saturday by clearing 2.27m, 2.30m, and 2.35m with first attempt. The 2.38m Olympic bronze medalist took with final attempt before flying over the 2.40m again on his first try. The bar was then raised to the world record height of 2.45m, however after two unsuccessful jumps Barshim called it a day.

The  24-year-old Qatari, Barshim, improved his own world lead he set at the Diamond League meet in Birmingham last week by 3cm.