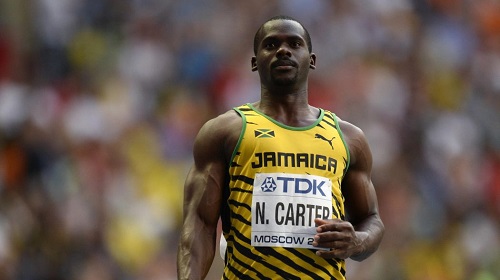 On Wednesday reuters revealed that Carter's B sample has also tested positive for the prohibited stimulant methylhexanamin.

At the Beijing Olympic Carter won gold medal together with Asafa Powell, Michael Frater and Usain Bolt. Carter ran the opening leg in that  4x100m relay final in Beijing Olympics.

Over a month ago IOC started to retest frozen sample from 2008 and 2012 Olympic using the most advanced technologies. Their targets were athletes that has the potential to compete at the 2016 Rio Olympics this August. Their retests returned 34 positives from Beijing Olympics and 23 from London Olympics.

"It is still being worked out,"

"What we want to do, and are trying to do, is target athletes who have positive results and stop them from competing in Rio." the IOC spokesman Mark Adams.