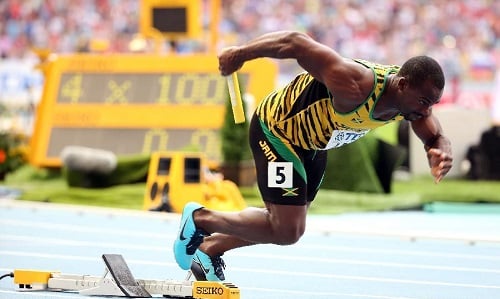 The report says that the IOC has requested to test Carter's B sample after his A test showed a presence of banned substance Methylhexanamine from 2008 Olympics.

Nesta Carter at the Beijing Olympic games together with Usain Bolt, Asafa Powell and Michael Frater won gold in the men's 4x100m relay.

IOC few weeks ago announced that they are retesting frozen doping samples from previous Olympic games. Their target was athletes that have a postnational to compete at the Rio Olympic games. The International Olympic Committee chief said that in their retests they are using the most advanced technologies to catch past dopers.

"It is still being worked out," he said. "What we want to do, and are trying to do, is target athletes who have positive results and stop them from competing in Rio." IOC spokesman Mark Adams said .