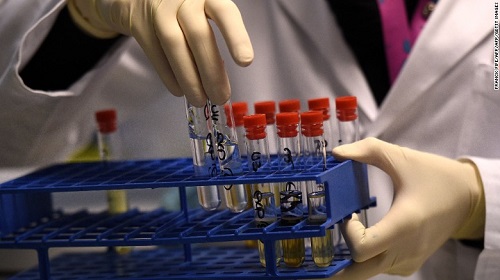 The International Olympic committee (IOC) says they have found 23 athletes who have failed doping tests at the 2012 London Olympics.

Last week IOC announced 34 athletes that failed doping tests after they retested 454 specifically selected doping samples from Beijing 2008 Olympics. From the 34positives 14 were from Russia alone. Among the athletes were Russian high jump star Anna Chicherova who won gold in London.

IOC chief says they are using the latest and most advanced scientific methods to test the old samples.

"These re-analyses show, once again, our determination in the fight against doping," said IOC chief Thomas Bach.

"We want to keep the dopers away from the Olympic Games in Rio de Janeiro."

International Olympic Committee says that they are targeting athletes who have potential to compete at Rio Olympics.