• Fraser-Pryce to race 100m at Diamond League meet on Saturday 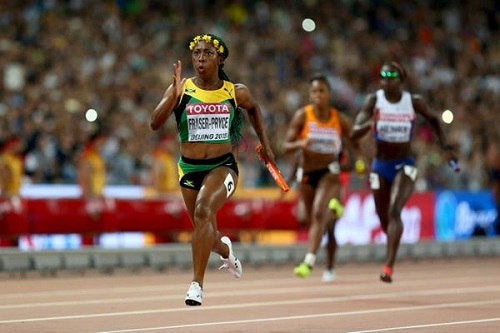 Jamaican sprint super star Shelly-Ann Fraser-Pryce has  partially recovered from an injury to race at the Prefontaine Classic an IAAF Diamond League on Saturday.

The 2-time Olympic 100m champion Fraser-Pryce injured her toe earlier this month and was forced to withdraw from her three previous events; on May 7 in Jamaica followed by two Diamond League events in Shanghai and Rabat.

"She is training, albeit not as ideally as she would like," her coach Stephen Francis told local Jamaican TV.

"But she is back in training and has been for the last week and a half and she has to go to Prefontaine this weekend, so we'll see what happens.