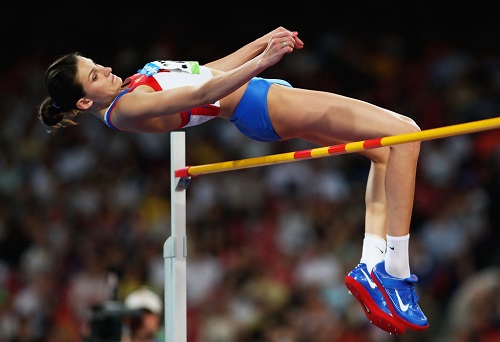 According to TASS news agency the 2012 Olympic Champion Ana Chicherova has been caught doping during the 2008 Beijing Olympics.

Last week IOC revealed their laboratories have retested doping samples from 454 athletes that participated at the Beijing Olympics. The retest of Russian High Jumper Ana Chicherova showed banned substance in her system. IOC says besides Chicherova's positive there are other 33 positives from 12 different nations. Among the 34 athletes caught for  doping 14 are from Russia.

"Three days ago, Anna received a notice that her doping sample from the Beijing Olympics tested positive after a re-check and she called me," her coach told TASS.

"So far, this is at the development stage and this has not yet been finally confirmed - but we all are aware of this and are dealing with the issue." he added.

IOC says it will release the rest of the names in the upcoming days. The report says that athletes from 6 sports have returned positive doping results.