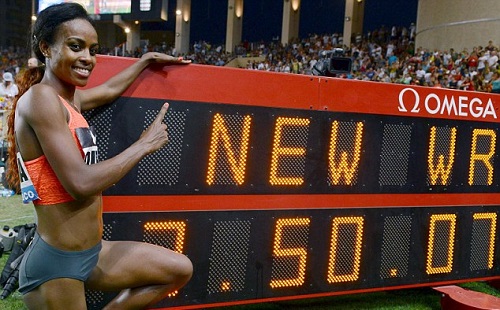 Genzebe Dibaba will attempt to break world records in the Mile and in the 1500m in June.

World's currently best female runner on the track Genzebe Dibaba of Ethiopia is scheduled to compete at the IAAF Oslo and Stockholm Diamond League meets in June.

Dibaba will first line up at the ExxonMobil Bislett Games on 9 June where she will attempt to break the mile world record.

One week later on June 16 Dibaba will fly to Sweden's capital where she will try to break her own world 1500m record she set last year in Monaco.

“Stockholm is my second home,” she said. “I have such a following here, the crowds are all behind me.”Dibaba said.

Dibaba at last year's Diamond Lague meet in Monaco set a sensational 3:50.07 women's 1500m world record.  In Stockholm Dibaba could become the first women in history to run the 1500 below 3:50 mark.

Dibaba's three of her four world indoors records in one Mile, the 3000m and the  5000m were set in Stockholm.