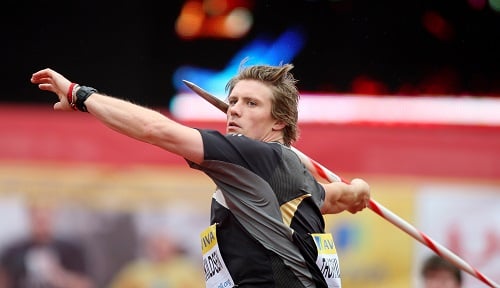 World's one of the greatest javelin throwers of all time Andreas Thorkildsen of Norway announced his retirement from sports on Tuesday.

The 34-year-old Thorkildsen's  announcement comes as a shock for athletics fans as he was scheduled for a comeback at the Prefontaine Classic in June.

" (I) Have decided to end my career as a professional javelin thrower, it's been a fun ride, Thanks for all the support these years. Thanks to everyone who have helped me along the way."  Thorkildsen wrote on his instagram page.

Over the past 2 years Thorkildsen was downsized by several injuries. Last year he skipped the whole season to overcome a hip surgery.

Having won 2 Olympic golds in 2004 and 2008, a world title in 2009 and two European championships golds in 2006 and in 2010, Thorkildsen will end his career as one of the most successful javelin throwers in history.

His personal best of 91.59m he achieved at Bislett Games in Oslo in 2010 still stands as Norway national record and 7th all time in javelin throw history.