• Diamond League kicks off with a 'Bang' in Doha 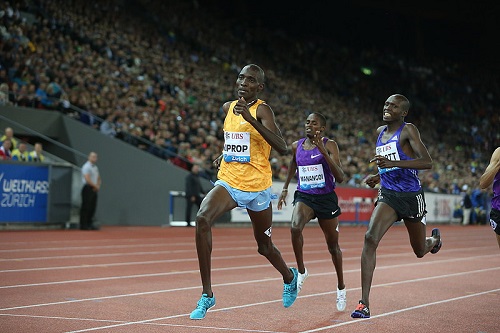 On of the top highlights came from women's triple jump where Olympic and World champion Caterine Ibarguen of Colombia prevailed over world indoor champion the 20-year-old Colombian Yulimar Rojas. Colombian youngster Rojas took the lead from Ibarguen in round 5 with when she leaped 14.92m  (+2.6m/s). Ibarguen responded in style as she jumped a massive 15.05m a new world leading and extended her win-streak to 32 competitions.

Sandi Morris of the United States took the women's pole vault with a mark of 4.83m, while her compatriot world indoor champion Tia Brooks prevailed in the shot put contest with her best mark of 19.48m.

In the women's 100m American Tori Bowie produced the fastest time this season of 10.80 seconds as she narrowly beat the World 200m champion Dafne Schippers 10.83 of Netherlands. Jamaican superstar Veronica Campbell-Brown came in third in 10.91.

Great Britain's Eilidh Doyle ran the fastest time in the world in 2016 of 54.53 in her season opener in 400m hurdles.