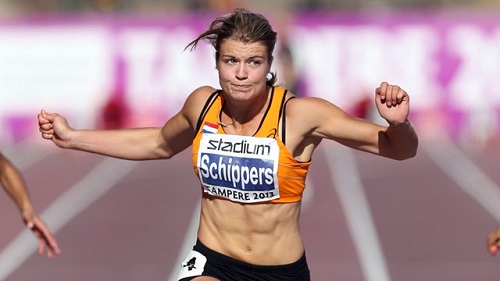 The 23-year old Dutch sprinter, Schippers, returned to competition for the first time since she took silver in the 60m at the world indoors in Portland in March.  Schippers  won the women's 200m section 1 in 22.25 (-0.2m/s) in rainy conditions seconds bettering the world lead by 0.01 seconds.

The 24-year-old Qatari Femi Ogunde, who was once banned for 2-years for steroids, clocked 9.91 seconds to win the men's 100m equalling his own Asian 100m record. Ogunde's time is also the fastest time time this year in the world.

Former world champion Jason Richardson of the United Stated set the world lead in the men's 110m hurdles of13.33 seconds.

An outstanding time in the men's 400m race produced Trinidad and Tobago Machel Cedenio who clocked 44.79 seconds for the win.