• Bolt to compete at Cayman Invitational

The 6-time Olympic champion Usain Bolt will contest at the Cayman Invitational in George Town on 14 May. 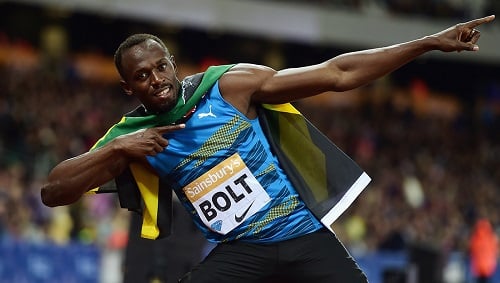 “It will be my first international competition in 2016 and my second time to run in Cayman,”

“I always enjoy competing in the Caribbean and look forward to meeting my fans in Cayman.” Said Bolt who In 2013 Bolt won the Cayman Island Invitational 100m in 10.09.

Other track super star announced for the meet is Alyson Felix the multiple World and Olympic champion over 200n and 400m. Felix said she will decide soon weather to run the 200m or the 400m in Cayman Island.

In the women's 100m we will see former world champion in 100m  USA's Carmelita Jeter.

In the men's one lap race World Junior Champion Machel Cedenio will line up against Jamaica’s Jermaine Gonzalez and Britain’s Delano Williams in the 400m.