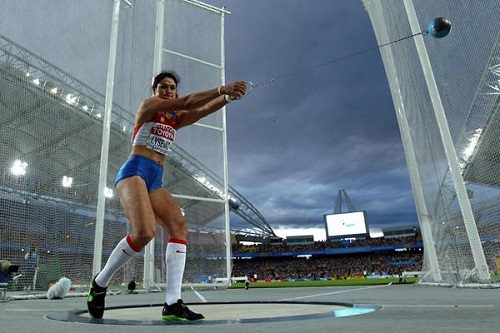 According to R-Sport an illegal substance was found in Beloborodova's system after retesting her doping samples from the 2005 World Championships in Helsinki.  However the IAAF have not confirmed the claim yet.

Beloborodova who had previously set several world hammer throw world records was already banned for steroids in 2007.  If the IAAF confirms the retest results Beloborodova could lose her Olympic gold and two World Championships medals and get a very long ban from the sport.

“In our view, the given situation is a breach of the relevant rule,” Mutko told R-sports. “We will dispute it.”