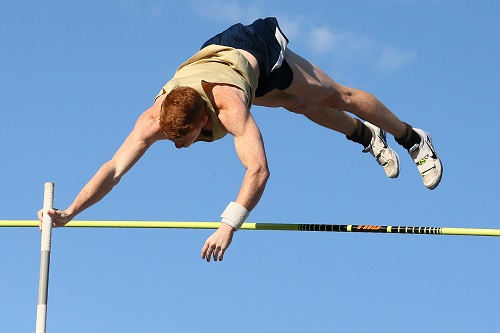 After failing to medal at world indoors two weeks ago, the reigning World champion Shawn Barber of Canada returned to action with a solid 5.91m to open his outdoor season.

There was another great action in the men's long jump as Jarvis Gotch opened the meet with  a personal best leap of 8.14m before improving it in 5th round with a jump of 8.24m for the win.

In women's sprints;  Trinidad & Tobago star  Michelle - Lee Ahye clocked 11.25 seconds to win the 100m invitational race. Alexandria Anderson took second in 11.32, while 18-year-old highschooler Khalifa St.Fort of Trinidad and Tobago was third in 11.39. The fastest time however in the 100m came in another 100m race as Morolake Akinosun blazed to a new world leading time of 11.07 seconds to win the women's college final. Natasha Hastings won a wind aided  women's 200m invitational in 22.84.

With a help of 3.0m/s wind a sub 10 second performance produced Tevin Hester as he took the win in the men's college 100m final with a time of 9.99 seconds.